Publications from some of our customers. 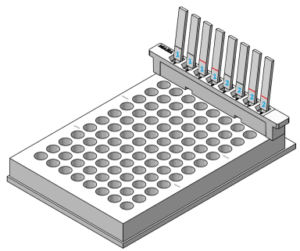 EPO Semi Quantification Kit is a lateral flow immunoassay using dip-stick for the total EPO amount quantification. The procedure takes 30 minutes and 50-100 samples can be run simultaneously. This allows for multianalysis of samples e.g. SAR PAGE to be performed in a more efficient and uniform level. The kit contains all reagents you need sufficient for 100 tests.